Why We Should Stop Competing and Start Collaborating

When I work with sports teams, I tell the players they are NOT competing with their teammates.

When I work with schools, I tell the students they are NOT competing with their classmates.

When I work with companies, I tell the employees they are NOT competing with their co-workers.

When I work with spouses, I remind the husbands and wives they are NOT competing against their loved one.

We have done an amazing job at turning every aspect of life into a competition, when in reality…

Great athletes use other great athletes to inspire and motivate themselves to become better. They use the excellence of their peers to push forward to new heights. Yes, they are competing with the other athletes, but the end result is personal growth and improvement–not “looking better” than the other athlete, win or lose.

Great learners understand that education is not a competition. Our focus on standardized test scores, GPAs, and extracurricular activities in order to get into “better” colleges has turned school into a sport. We deem the valedictorian the “MVP” over everyone else, thus reinforcing the idea that we should be comparing ourselves to the students sitting next to us. But real learners know that true competition is internal. Their pursuit of knowledge is not in competition with anyone else.

Inspired companies don’t pit worker against worker. They understand that collaboration is far more powerful than competition, because it is the result of building a culture and environment where people are safe enough to show up authentically–thus bringing their best to the table. Companies that thrive tap into the collective brilliance found in the diversity of thought of the whole, instead of searching for the limited genius of a few.

Healthy marriages and families remember that love is not a competition. Your wedding vows were not a checklist of things your spouse must do in order to receive your love. You are not competing with your children to reinforce your value. You were all brought together and put together in this relationship to celebrate the beauty and power of your love in a way that supports and magnifies one another’s growth.

Life is NOT a competition.

Life IS a collaboration!

I was personally reminded of this recently, when I unexpectedly found myself as one of the final candidates for a job. It was publicly announced that the search had narrowed down to three of us. Of course, my ego was curious to know who the other two candidates were and how I stacked up against them.

Then a funny thing happened. I got a message on Facebook from one of the other candidates. She had reached out to me and the other gentleman, and then invited us into a conversation to celebrate that we were the final three. The other guy and I gladly accepted, and the three of us began talking about the position and how impressed we were with each other.

Truly, we weren’t blowing smoke! When I looked at the background of the other two candidates there was no doubt in my mind they were qualified for the position and would do an awesome job. So, instead of letting my ego get the better of me, I was able to let go of the outcome and just know that the right person for the job would get hired.

During the final phase of interviews, the woman that reached out to us withdrew from the process. That left just me and the other guy (who I had known for years) to see who got selected. As the process went on, the two of us talked with each other a few times and supported one another through the interviews. It was so refreshing to find myself able to express this collaborative approach to life that I had always expounded to others. Instead of competing with each other, we were supporting each other. This felt so much more natural and refreshing, and it made dealing with the outcome less personal.

Life has taught me the more I collaborate with others, the more opportunities come back my way.

I think it is time to finally heed the words of the man wise beyond his years, Vanilla Ice, when he famously spoke…

Yup, you heard him. Are you listening?

Travis Thomas is a performance coach, author, and professional speaker. He is the Founder of Live Yes, And - whose mission is to inspire individuals, teams, and organizations to live their authentic brilliance. He has served as a leadership coach for world-class organizations, including Fortune 500 companies, as well as sports teams like the New York Yankees, Chicago Cubs, and the University of Georgia Bulldogs. Travis loves supporting individuals and giving them the tools to thrive through adversity. He is also the author of 3 Words for Getting Unstuck: Live Yes, And. He currently lives in Florida with his family. 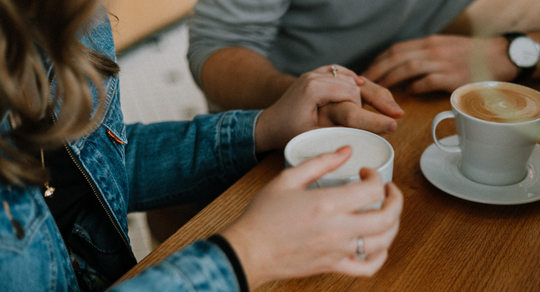 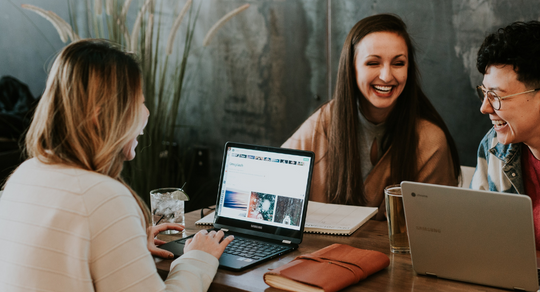